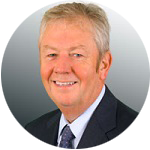 After qualifying as a Chartered Accountant with Ernst & Young, Ian Welham moved out of public practice and became CFO of a Barcelona-based publicly traded company.

He also held CEO and COO positions in Hong Kong, The Netherlands, Belgium and the US. His team at HaydenRock works hands-on with CPA firms to maximize their profit potential – adding value, introducing new revenue streams and helping CPAs move into high-value advisory services.

He’s been a regular guest on TV, radio and in the press, including the New York Times, the Newark Star-Ledger, The Daily Beast, Forbes.com and Home News Tribune. Ian is the host of The Accounting Success podcast, which is a nationally broadcast Internet radio show on iTunes.

Ian and his wife Linda have been married for 29 years and have twin daughters. He is a devoted Manchester United “football” fan, and an avid golfer.